A Town is Born

A Town is Born

The first Town meeting was held the second Tuesday in May 1824, and was presided over by Abraham LaDew and William Schutt. It was held at the home of Uriah Schutt in, Olive City. Town buildings and offices were formed in the future. 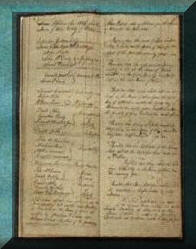 It was voted that $200.00 be raised for the poor. That the next Town meeting be held at Uriah Schutts in Olive City. That swine should be considered Commoners provided they had on yokes and rings. The Collector shall collect .03 cents on a dollar. A lawful fence be four feet and four inches high.

Gordon Craig held the office of Supervisor for several years and was the first Representative to the State Legislature in 1832. He was the first Postmaster in the Olive (Tongore) Post Office in 1832. At the same time he ran the only store in the town.

Mr. Craig again served as Town Supervisor from 1833 to 1835. He died during 1835 and was succeeded by Barnet McClelland who was chosen to fill the vacancy.